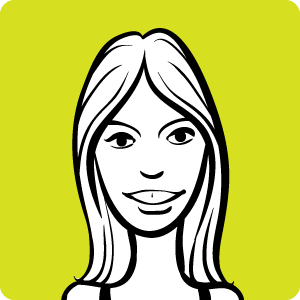 Dental avulsion (when a tooth has been knocked out of its socket) is clearly extremely serious. You will need immediate treatment if a dentist has any chance of saving the tooth. However, despite a dentist's best efforts, their attempts might ultimately be unsuccessful. What happens when emergency treatment for dental avulsion is unable to save the tooth?

A Race Against Time

The trauma of dental avulsion begins a race against time. It's not an issue that can be left until the next day, as any delay reduces your chances of success. The dentist will assess the site of the damage and treat any immediate trauma before performing periodontal splinting.

This splinting attaches the tooth to its neighbors (usually with an orthodontic wire, but other methods of reattachment can be appropriate). The expectation is that the tooth's root system and periodontal ligaments will heal and reattach the tooth, with the avulsed tooth eventually gaining its former level of stability. Sadly, this isn't always the case.

The level of trauma may have been too significant for periodontal splinting to be effective. It may also be that there was too much of a delay between the loss of the tooth and its splinting. Any failure will not be evident until later, when it becomes obvious that the anticipated reconnection of the tooth to its support structure has not occurred.

An avulsed tooth requires several subsequent dental appointments to gauge its progress, although for some patients, a dentist might conclude that any progress isn't actually forthcoming. The periodontal splint is removed, and the tooth is extracted. Since the tooth has not adequately reattached, its removal should be straightforward.

Next, you will need to discuss your options for replacing the tooth. Dental implants offer the strongest and most natural-looking solution for a missing tooth, but it's preferable that this decision is made promptly. Now that the socket is empty, you will begin to experience a slight retraction of the alveolar bone supporting the socket (as the bite pressure of the tooth must no longer be sustained).

Significantly delaying a dental implant is not advisable. You should get dental implants as soon as possible after the loss of the tooth in order to avoid this loss of density to the alveolar bone. Your dentist can generally proceed immediately, but any tissue damage around the site of your injury might result in a minor delay so that healing can take place.

A dentist will do their best to save an avulsed tooth, but this can never be guaranteed. Your chances are increased if you act quickly, but when the tooth cannot be saved, it's best to proceed with a dental implant as soon as possible after the loss.